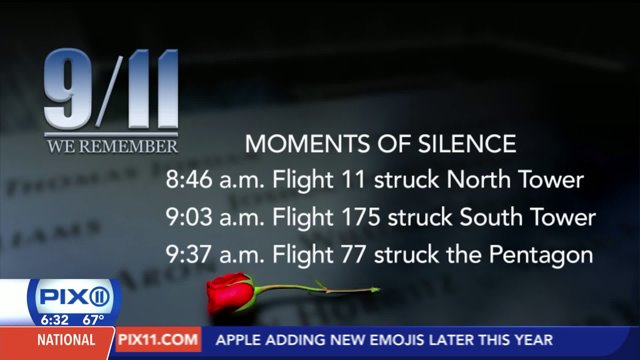 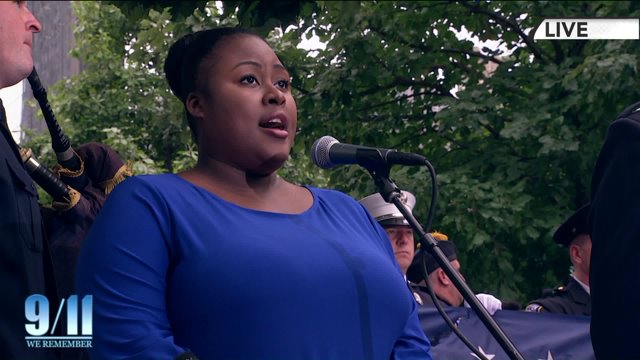 Almost a decade and a half later, it still hurts.

Friday marks 14 years since terrorists used airplanes to kill thousands of people in New York, Washington and Pennsylvania. This morning the nation, as it has done 13 times before, stopped to remember and honor those who lost their lives in the attacks.

Bells rang. Lists of names were read. American flags waved across the country.

Families of victims of the 2001 and 1993 World Trade Center attacks reciting the names of their fallen loved ones at ground zero.

President Barack Obama and first lady Michelle Obama stepped out of the White House at 8:46 a.m. to observe a moment of silence.

Nereida Valle carried a photo of her daughter, Nereida DeJesus, who was 31 and working for Aon when she died on the 98th floor of the south tower.

Says the mother at ground zero: "I feel her every day."