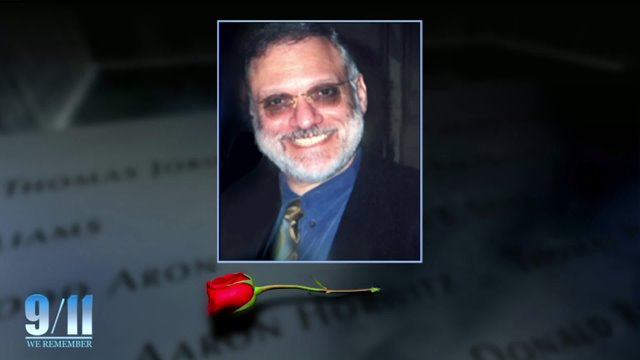 As the world pauses to remember the victims and survivors of the Sept. 11 terror attacks 14 years after that tragic day, PIX11 News is honoring the life of one of our own, killed in the attack on lower Manhattan.

Engineer Steve Jacobson was running the station's transmitter atop the World Trade Center the morning of Sept.11, 2001, when terrorists hijacked two commercial planes and flew them into the city’s then-tallest buildings.

The towers collapsed, killing thousands, including Jacobson. A 22-year veteran of PIX11 News, Jacobson was survived by a wife and two daughters.

We will always remember his dedication, sacrifice and his service in helping us bring the news of those tragic events to our viewers.