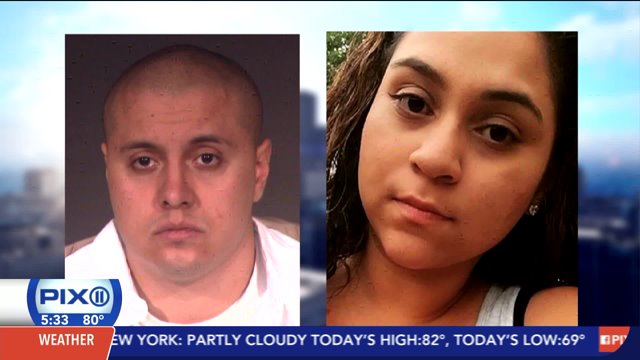 QUEENS, N.Y.–– Police are looking for 30-year-old man wanted in connection to the murder of a woman who was found rotting inside a car in Queens Thursday night.

NYPD said officers were responding to a call of a suspicious car found on 22nd Avenue and Murray Street. Upon arrival, they found a vehicle with a "foul odor"
emanating from the trunk, cops said. They broke into the car and discovered a woman, unconscious and unresponsive with stab wounds to the torso.

The victim, 28-year-old Angie Escobar, was pronounced dead at the scene.

Luis Zambrano of Queens was last seen driving the car in which the victim was found, police said. The location of the vehicle was close in proximity to his 22-14 150 St. residence.

He is described by authorities as 5 feet 7 inches tall, 200 pounds with a bald head.

Zambrano was previously arrested for sale of cocaine in Broward County, Florida, records show. Authorities believe he might en route to Florida, possibly with a Nissan Maxima 2004 with license plate number GFL8902.

A Facebook page dedicated to her said she is a mother of two sons and was missing since Friday night. The profile posted the following Friday morning:

Rest In Paradise Beautiful! Your family and your sons will stay strong! We love you! And we will miss you and we know we have a Guardian Angel named Angie Escobar ‪#‎RestInPeaceAngie‬