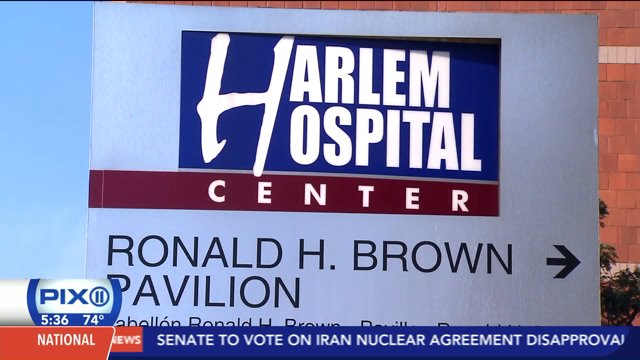 HARLEM — A Long Island woman’s insistence that she owns a BMW landed her in a psych ward at Harlem Hospital.

The doctors believed she was delusional and suffering from bipolar disorder — but she was actually telling the truth, a lawsuit claims.

Kam Brock’s frightening eight-day “One Flew Over the Cuckoo’s Nest” ordeal at the mental facility included forced injections of powerful sedatives and demands she down doses of lithium, according to medical records obtained by PIX11 from her attorney.

Brock said it all started at a traffic light in Harlem after she was pulled over by an officer for allegedly driving without her hands on the steering wheel.

Brock said: "I was confused and did not know what was going on, why I was being taken into custody," Brock said. “The officer said, 'why are you driving without your hands on the wheel?' I said I was dancing, I am at a light, he asked me to get out of the car.”

The officer took Brock to the 30th Precinct but after a few hours she was released without any charges. However, she was told to come back the next day to get her car.

The lawsuit states police reacted in disbelief that Brock owned a BMW when she arrived at a substation to pick it up.

Brock said: "I told them I have a BMW they asked me what kind of car it was and from that moment they started looking at me differently like I could not have a BMW."

After a long wait, the bank executive claims she was placed in handcuffs and taken by EMS to Harlem Hospital. Then she was committed to a psych ward.

Brock's attorney Michael Lamonsoff said: "She has no history of mental illness to brand her as mentally ill because she is telling the truth about who she is.”

Brock claims she was given medications like lithium and other powerful sedatives. In the end she was released but stuck with a hospital bill for more than $13,000.

The lawsuit filed by Brock names the city, the hospital and unnamed police officers is active in court.