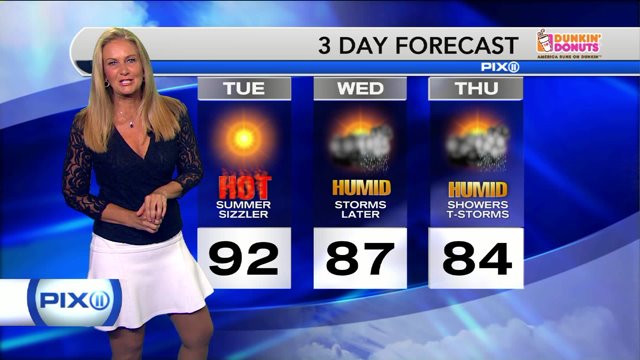 NEW YORK – It hasn't been this hot in New York City on this day since the year 1919.

It was 96 years ago when the temperature climbed to 93 degrees, and on Tuesday, Central Park recorded a sweltering 97 degrees.

Records tumbled across the tri-state area as the first day back to work after the Labor Day weekend felt more like the day after the July 4 holiday.

Central Park has broken a record for a high temperature on this date by reaching 97°. The previous record was 93° set back in 1919.