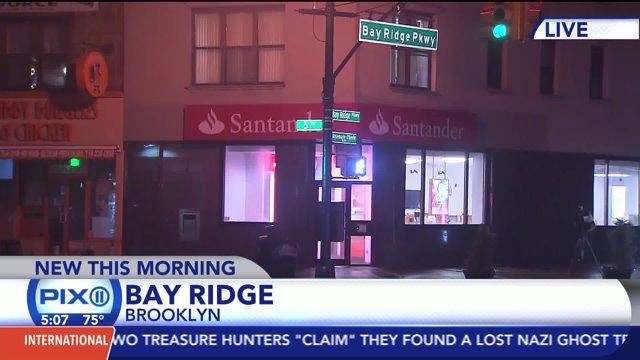 BROOKLYN -- A woman has died after falling out of the backseat of a moving vehicle in Brooklyn Thursday night.

The accident happened around 11:27 p.m. in the area of 544 Bay Ridge Parkway between 5th and 6th Avenue.

Police a 35-year-old man was driving the 2002 GMC Envoy on 5th Avenue eastbound and as he made a right hand turn onto Bay Ridge Parkway, his 29-year-old wife in the backseat was ejected from the car.

NYPD says the husband was arrested and charges for driving while impaired are pending. He has not been identified.

This is a developing story, check back for updates...