Woman bites, scratches subway rider who asked her to move her bag: NYPD 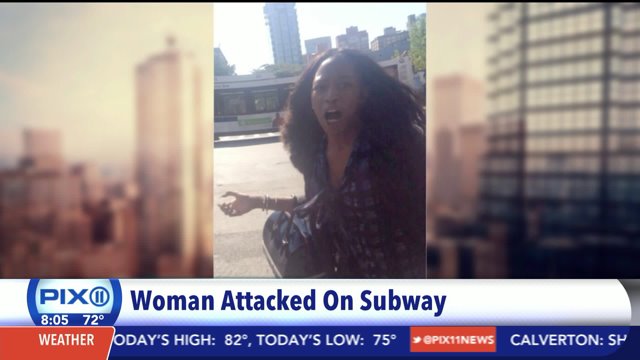 QUEENS, N.Y. — When a fellow rider asked her to move her bag so she could sit down on the subway, a woman became so enraged she scratched, bit and pulled the hair of the seat-seeking straphanger, police said Thursday.

The victim captured a photo of her attacker before the angry rider ran away and police are asking for the public's help to find her.

A 45-year-old woman boarded the train and spotted what could be an empty seat, but it was being taken up by another rider's bag, police said. The woman asked the bag's owner to move it, but the already seated woman did not respond.

So the standing woman tried to sit down anyway and that's when the fight began.

Police say this woman scratched and bit a woman who asked her to move her bag on the subway so she could sit down. (Photo: NYPD)

The culprit pushed the victim, scratched her chest, pulled her hair and bit her forearm so hard she suffered cuts and bleeding, police said.

When the train stopped at the 21st Street and Queensbridge station, the attack ran away. The victim was taken to a hospital in stable condtion, police said.