See it! Misty Copeland as ‘Ivy Smith’ in Broadway’s ‘On the Town’ 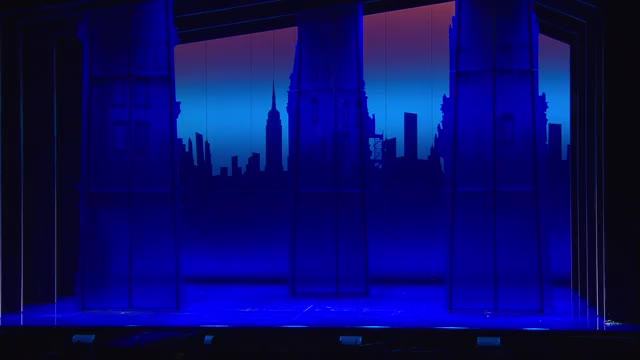 A sneak peek of Misty Copeland dancing as “Ivy Smith” in the Tony nominated revival of ON THE TOWN. Copeland and the cast of ON THE TOWN performed “The Miss Turnstiles Ballet” on stage at the Lyric Theater in full costume.
Copeland was recently promoted to principal dancer at American Ballet Theatre, making her the first African-American woman to be named a principal in the company's history. She has graced the cover of Time Magazine, as one of 2015's "100 Most Influential People" and starred in ABT's production of Swan Lake in their just-concluded season at the Metropolitan Opera House.

ABOUT ON THE TOWN:
Directed by John Rando (Tony Award® winner for Urinetown) and choreographed by Joshua Bergasse (Emmy Award winner for "Smash"), ON THE TOWN is an “explosion of pure joy” (David Rooney, The Hollywood Reporter) with "the best dancing on Broadway" (Ben Brantley of The New York Times on NPR). Featuring eye popping sets and gorgeous costumes, ON THE TOWN has "a rapturous and red blooded score" (Joe Dziemianowicz, Daily News) by Leonard Bernstein, one of America's greatest composers. This hit musical comedy is "everything a great show should be!" (Terry Teachout, The Wall Street Journal).  ON THE TOWN was nominated for four 2015 Tony Awards, including Best Revival of a Musical, Best Performance By a Leading Actor in a Musical (Tony Yazbeck), Best Choreography (Joshua Bergasse), and Best Direction of a Musical (John Rando).

ON THE TOWN,which began previews on Saturday, September 20, 2014 and officially opened on Thursday, October 16, 2014, was created by a legendary dream team, featuring book and lyrics by Betty Comden and Adolph Green, music by Leonard Bernstein, and based on an idea by Jerome Robbins.  ON THE TOWN will play its final performance on Broadway on Sunday, September 6, 2015.

ON THE TOWN grew out of the Jerome Robbins ballet Fancy Free, about three sailors on leave in New York, which debuted in 1944 with the American Ballet Theatre. The musical opened at Broadway’s Adelphi Theater later that year, directed by George Abbott, and played through February 2, 1946 for a total of 462 performances, transferring to the 44th Street Theatre and Martin Beck Theatre along the way.