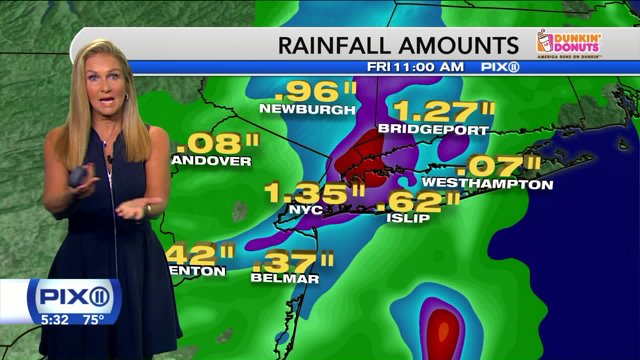 The warning lasted until 7:15 and included Nassau, Bronx, Western Suffolk, Queens and Kings (Brooklyn), according to the National Weather Service.

Thunderstorms produced heavy rain across the area. About 1 inch of rain was reported at JFK Airport as of 5 a.m.