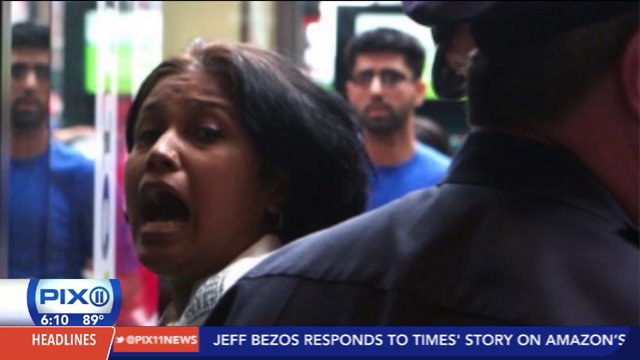 After suing the city and the NYPD, claiming she was subjected to excessive force and the arresting officer's behavior — "a pattern and practice of the NYPD in aggressive overpolicing of people of color” — the city has settled.

But that's not enough for Huq.

Huq believes the way she was treated after attending a rally in support of Palestinian children  was indicative of a national conversation the country is having surrounding racial injustice. Before agreeing to a monetary settlement, Huq also asked for a sit -down meeting with Mayor Bill de Blasio and other families impacted by policing practices.  To that request, Huq said she was met with silence.

She also asked for a meeting with the Midtown South Precinct commander to discussing policing standards, but was simply told no.

"This is not about money for me.  No amount of money is going to address the trauma from that day," explained Huq.

Huq, a Muslim-American woman and a civil-rights attorney, who even once worked for the public advocate's office, said the situation escalated quickly and for a minor reason.  As her husband and two children went inside a Times Square restaurant to use the restroom, she was approached by an officer and asked to move.

She says she did and yet the officer still grabbed her, pushed her against a wall, and twisted Huq's arms.

Huq said the harassment got worse.  According to the complaint filed by Huq and her attorney, the officer yelled:

“Shut your mouth, ” “You're my prisoner” and "In America, wives take the name of their husbands."

Huq said she will continue to talk about what happened to her and won't forget to mention how city officials refused to meet with her.

"When it gets down to the real business of making change, unfortunately we see even in New York City as well as nationally a complete reluctance to hear the concerns of communities impacted by policing," said Huq.