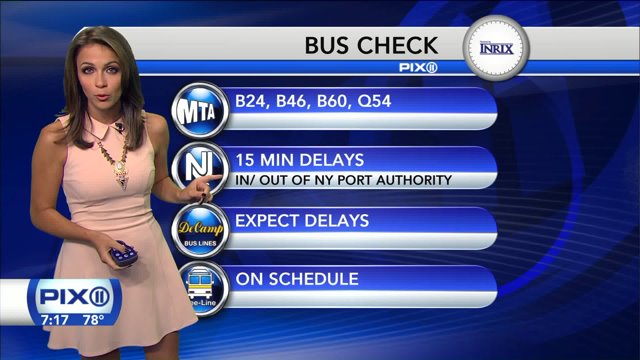 NEW JERSEY -- Outbound lanes of the Lincoln Tunnel have reopened Monday morning after a vehicle fire inside the north tube shut down the thoroughfare, officials said.

New Jersey Transit buses were delayed at least 15 minutes in and out of Port Authority due to the fire.

There was no word of any injuries or what caused the blaze.

In addition to the fire, two disabled vehicles inside the Lincoln Tunnel were jamming the drive into New York.

It was the latest in a string of early morning crashes and transit problems causing a rough commute to start the week.

Near Fordham Road, a truck overturned on the Major Deegan. On the Brooklyn Bridge, all outbound lanes were closed before of a crash that hurt several people.

This is a developing story. Refresh this page for updates.