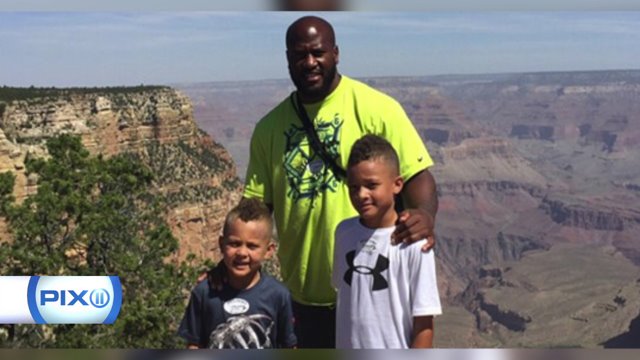 PITTSBURGH — Pittsburgh Steelers linebacker James Harrison doesn't expect a trophy just for showing up. The same goes for his sons.

The 2008 NFL Defensive Player of the Year took to Instagram on Saturday to say he was returning two awards his sons James III and Henry received from a local athletics event run by former Steelers quarterback Charlie Batch.

"While I am very proud of my boys for everything they do and will encourage them till the day I die, these trophies will be given back until they EARN a real trophy. I'm sorry I'm not sorry for believing that everything in life should be earned and I'm not about to raise two boys to be men by making them believe that they are entitled to something just because they tried their best...cause sometimes your best is not enough, and that should drive you to want to do better."

The 37-year-old says he doesn't want his sons to feel entitled, adding "cause sometimes your best is not enough, and that should drive you to want to do better."

User @jonizenwhy said, "Why don't you just teach your kids a value system that doesn't need this type of external validation. If you want to teach them how to navigate life, maybe you should let them know that their worth is not dependent on any awards, but what they themselves know. You can receive anything - award. money. fame. negative. reviews...anything at all, and the only thing that matters is knowing who you are."

"It's his kids, he will raise them the best way he knows how," @eugene_smith84 said in his comment. "Just as everyone else with kids. We all do the best we can as parents. We teach them life lessons all different. So who is to say his method in this situation is right or wrong? The big picture is that he['s] there as a father for his kids."