Search resumes for suspected child rapist who police had — and released 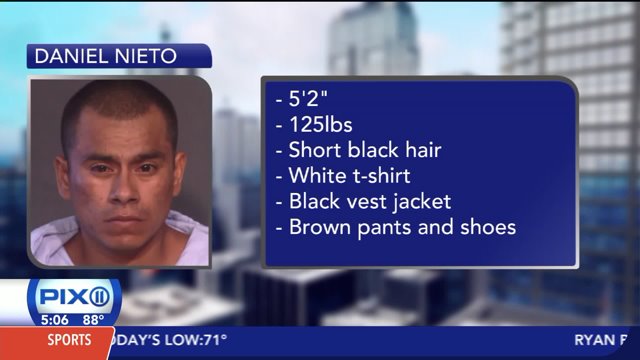 GRANITEVILLE, Staten Island -- Daniel Nieto, 32, was hanging out in a vacant home on Richmond Avenue at about 2:45 a.m. on August 6. He was arrested and charged with criminal trespass and released from the 121 precinct. But that proved to be a big mistake.

Police say minutes before they arrested him, he made his way into an unlocked door of an adjacent home and sexually assaulted a 7-year-old girl.

What's more alarming is that the attack was random -- Nieto has no connection to the victim or her family. Police say they have only now learned these new details because the 7-year-old had the courage to tell her parents.