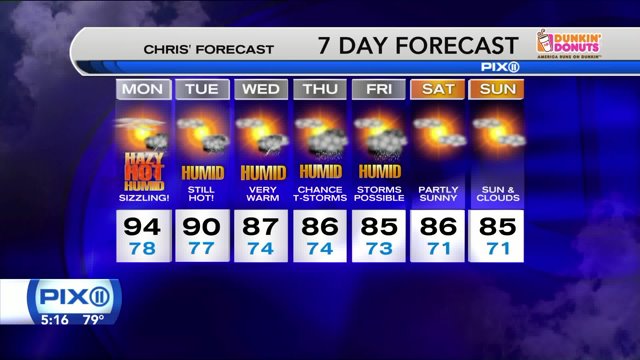 MANHATTAN — A heat wave is officially upon us for the first time this year, as sweltering temperatures choke the tri-state Monday for the third consecutive day.

The mercury climbed to 91 degrees in Central Park shortly before noon Monday, marking the third time in as many days that temperatures reached at least 90 degrees, the criteria of a heat wave.

Such oppressive weather prompted an air quality alert from 11 a.m. until 11 p.m. Monday, according to the National Weather Service. The alert applies for all five boroughs, Long Island and Rockland County, the agency said.

Anyone working outside is urged to take breaks in shaded or air conditioned areas often. If you don't need to be outside, it's advised to stay cool and hydrated until the heat breaks.

The week ahead looks hot with highs in the 80s and thunderstorms possible.