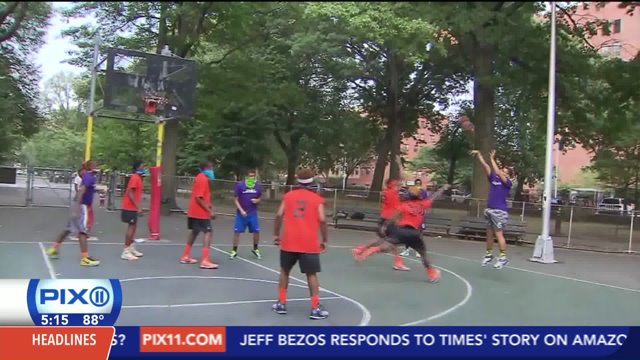 EAST HARLEM - Imagine a basketball tournament with no announcers to introduce the players or deliver the play-by-play and score.

A youth summer basketball league that plays in Marcus Garvey Park says the NYPD and City Parks Department refused to renew its permit to use speakers because of noise complaints.  The long-running East Harlem basketball youth program is calling it a foul -- not playing without sound feels like not playing at all.

Coach Craig Yancey tells PIX11 the league was able to play with speakers last year, but after new noise complaints to 311 the permit was pulled.

Yancy said, “We’re trying to do something positive, something legitimate for the kids in this neighborhood."

The neighborhood has changed a bit over the years and many of the people complaining live in the new high-end condos directly across the street from Marcus Garvey Park. The league has been around for more than 14 years and gives young people between the ages of 12 and 18  a  place to go, something to do during the summer.

Point guard "Boogie" said "it's boring without sound, we don't know the score or what is going on in the game."

Coach Jamal Hayes said, "Without the sound the entire game changes, it's just not right."

Councilwoman Inez Dickens' office is working with the city to try and reach a compromise. Coaches say they will do whatever it takes to get the permit back.