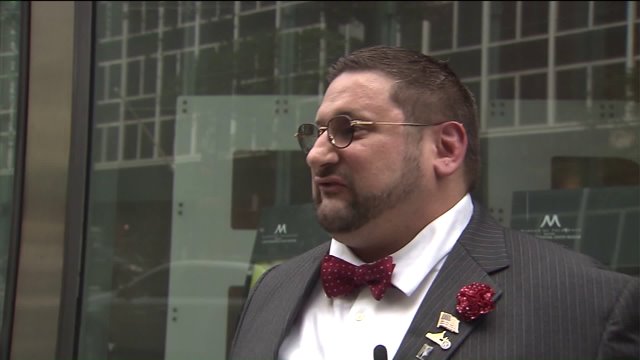 Staten Island lawyer demands a trial by combat to solve a 2013 lawsuit with an investment firm.

NEW YORK – A trial by combat was the way they took care of business back in the day, and of course, on HBO’s Game Of Thrones.

Trial by combat is when those accused of crimes opted for one-on-one combat to the death instead of a long-winded, traditional court trial.

It’s what Staten Island attorney Richard Luthmann is asking a judge to green light in an effort to resolve an ceaseless case with another lawyer and his clients.

“I have to fight ridiculous with ridiculousness in kind,” Luthmann told PIX11 News.

The 2013 legal dispute involved two investment firms where Luthman represented the losing side. His client however, disappeared and never coughed up the half million dollars in judgements.

“And now years later they’re looking to sue me the lawyer for the money that they can’t get,” he said. “Obviously its something they can’t do – it’s a frivolous lawsuit.”

Being a huge “Game Of Thrones” fan, the trial by combat tactic made total sense for Luthmann because according to him, while it is ridiculous, it is still on the books.

“After the Boston Tea Party in 1774 British Parliament tried to have an act to abolish trial by combat, but that failed,” he explained.

“In 1791, we have a constitution, a Bill of Rights that reserves the rights to the people. So the fact is it was never repealed and I’ll take that argument to the highest levels.”

The lawyer for the plaintiff in the case told the New York Post in a statement that they do not find the brief “amusing" and "neither will the court, both from a legal and ethical perspective."

Luthmann admits the absurdity of the case itself led him to this point.

“As absurd and ridiculous as it is, it’s far better than their argument to come after me.”