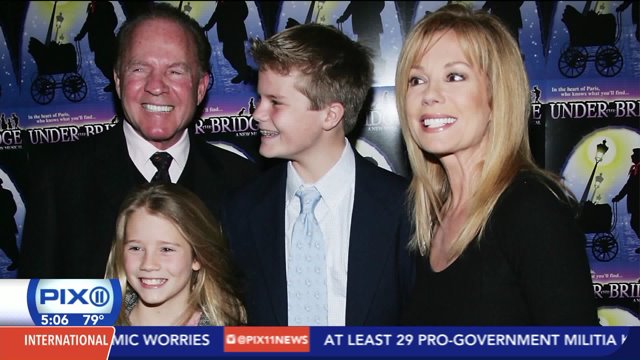 A look at the life and legacy of Frank Gifford.

Popular on and off the field, Gifford converted a Hall of Fame playing career into a successful broadcasting career.

He spent his entire 12 year NFL career with the New York Giants.

An eight-time Pro Bowler at three different positions and former NFL-MVP, Gifford led the Giants to the 1956 championship, captured with a win over the Bears.

He lost 18 months in the prime of his career when he was laid out by a hard tackle during a 1960 game against the Philadelphia Eagles.

Suffering a severe head injury that led him to retire briefly from football, but came back to the Giants in 1962- changing positions from running back to wide receiver.

After his playing days ended, Gifford became an announcer for ABC's Monday Night Football until the late 90's.

He was also well known as Kathie Lee's better half, often appearing on her various talk shows over the years.

The two often talking about their children,  Cody and Cassidy.

The family released a statement this afternoon saying:

"It is with the deepest sadness that we announce the sudden passing of our beloved husband, father and friend, Frank Gifford. Frank died suddenly this beautiful Sunday morning of natural causes at his Connecticut home. We rejoice in the extraordinary life he was privileged to live, and we feel grateful and blessed to have been loved by such an amazing human being. We ask that our privacy be respected at this difficult time and we thank you for your prayers."