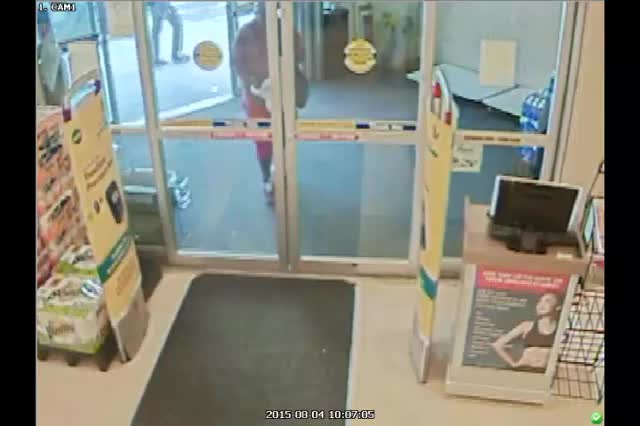 Police say this man walked out of a Bronx Rite Aid with 19 boxes of condoms after slashing a guard who tried to stop him.

MOTT HAVEN, The Bronx -- Police are searching for a man who stole 19 boxes of condoms from a Bronx Rite Aid early Tuesday.

The suspect walked into the Rite Aid at 3012 Third Ave. in Mott Haven around 1 a.m. and placed the condoms into a bag, police said. He was stopped by a store security guard as he attempted to leave, but he fled after he pulled out a box cutter and slashed the guard in the arm.

The guard was taking to Lincoln  Hospital for treatment.

An image of the suspect was captured on store surveillance.

Anyone with information in regards to this incident is asked to call the NYPD's Crime Stoppers Hotline at 800-577-TIPS. The public can also submit their tips by logging onto the Crime Stoppers website or texting their tips to 274637 (CRIMES) then enter TIP577.