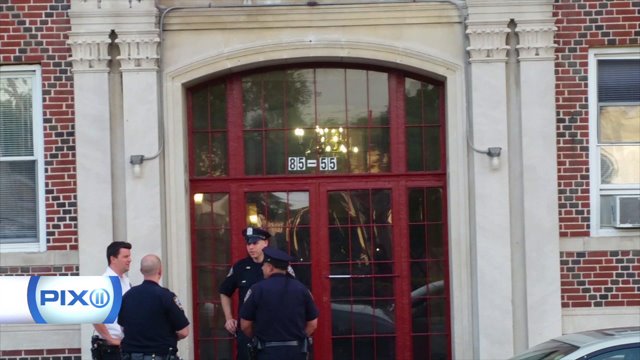 RICHMOND HILL, Queens — The 21-year-old mother of an infant found dead outside an apartment building in Queens Friday morning has been arrested , police said.

The lifeless body of 1-month-old Rizwan Ahmad was discovered in the courtyard area of an apartment building on 115th Street near Myrtle Avenue, police said.

Rashida Chowdhury of Queens has been charged with second-degree murder and intentional murder in second degree of a person less than 11 years old.

Officers were called to the scene shortly after 4 a.m., NYPD said.

A neighbor found the child, who she said was wearing a onesie and covered in blood, then called 911.

Police say the cause of death is blunt impact to the head and torso, which caused a skull fracture and lacerations to the brain, liver and spleen.

It was inside a courtyard at this Richmond Hills, Queens, apartment complex that a 1-month-old boy was found dead Aug. 7, 2015, police say. (Photo: Rob Stridiron)