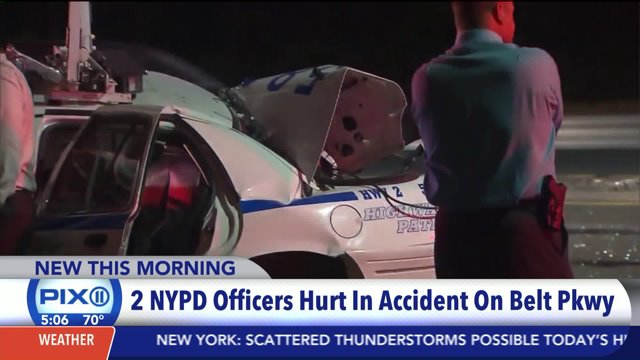 BROOKLYN, N.Y. – Two police officers were injured in a car collision on the Belt Parkway in Brooklyn Tuesday morning.

It happened just before 3 a.m. Tuesday between Erskine Street and Cross Bay Boulevard.

The officers were on a traffic stop, when they were struck by a car.

They were taken to Jamaica Hospital.

Both are listed in stable condition.