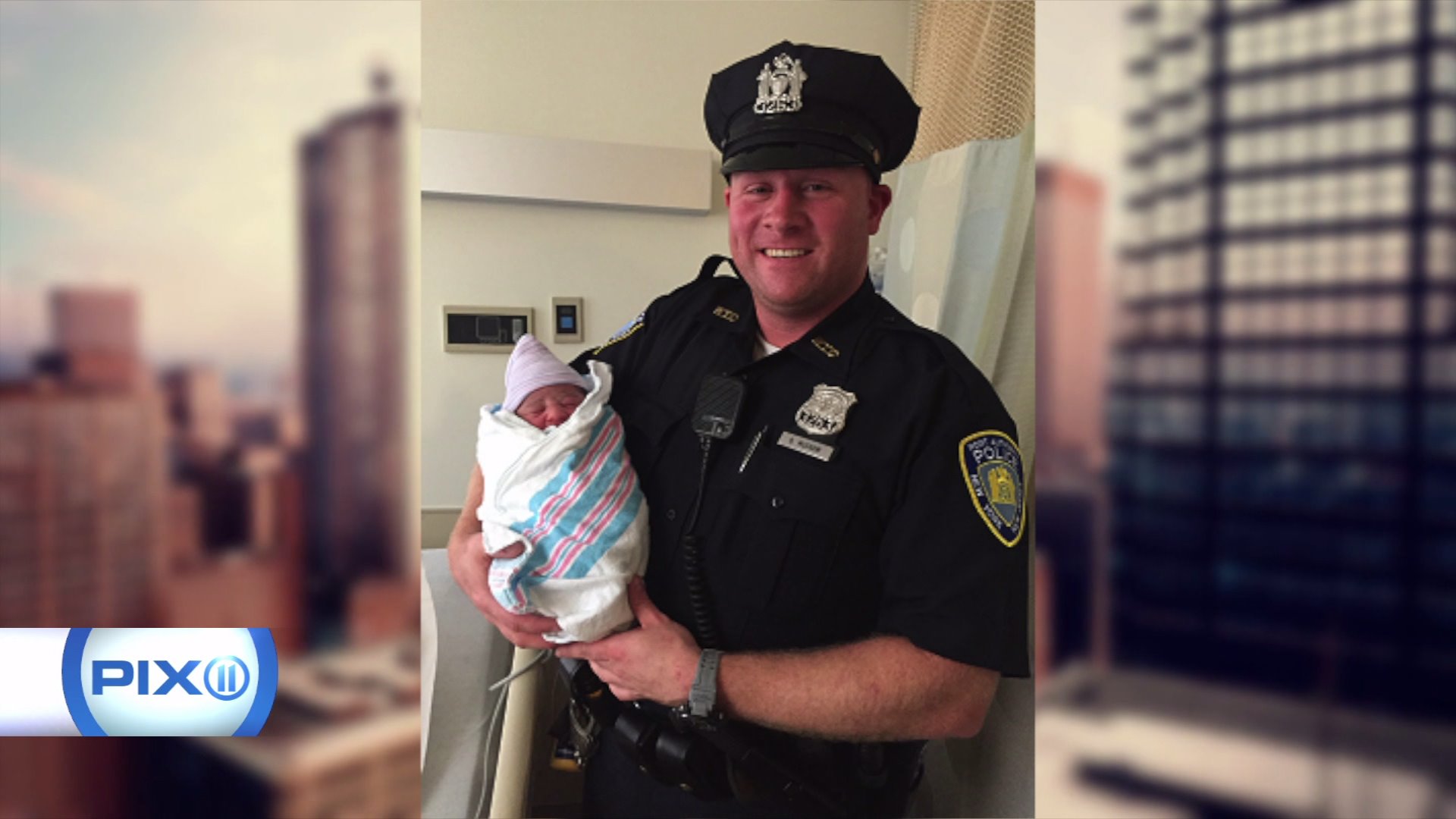 NEW YORK — A Port Authority police officer sprung into action when a woman went into labor at the World Trade Center PATH station early Tuesday, delivering the little bundle of joy on the station's concourse.

The lucky mom, along with her husband and their 2-year-old son, were on their way to the hospital to  deliver their baby at around 2:30 a.m. when the woman realized she could wait no longer.

McGraw delivered the baby along with the help of EMS crews, and then took mother and daughter to the nearby NewYork-Presbyterian/Lower Manhattan Hospital .

According to Port Authority police, the baby girl weighed in at 6 pounds, 14 ounces and was named Asenat Abdrabo.

The delivery for McGraw was no doubt special, but hardly unique — this is the second baby the officer has delivered.

Asenat's was the first birth at the World Trade Center in the almost 14 years since the attack that destroyed the Twin Towers. She is the 18th birth at the trade center, according to the New York State Museum.

"Congratulations! @PANYNJ police delivered a baby on the WTC PATH platform early this morning—the first baby born at the WTC site since 9/11," the governor wrote.