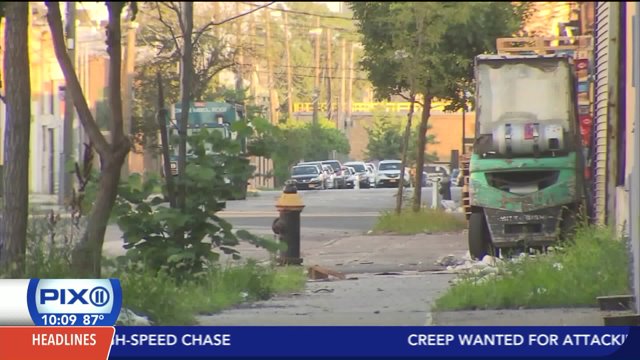 The Bronx neighborhood will be home to the first medical marijuana dispensary in New York City.

HUNTS POINT, The Bronx — It's a neighborhood that used to be filled with strip clubs but community leaders and residents have worked hard to clean up this industrial section of Hunts Point which will now be the site of one of New York City's first medical marijuana dispensaries.

Pharmacannis will grow and package marijuana products in Orange County and will sell them at this dispensary on the corner of Coster Street and Oak Point Avenue.

"There are a lot of sick people with cancer around here," Veronica Cosme told PIX11. "It would be good to have the medical marijuana for them."

But neighbor Juanita Bermudes isn't so sure. "I don't know if it will be good or bad for the neighborhood," Bermudes added, "I worry about all the children around here."

The owner of the property reportedly said this retail site for medical marijuana would provide jobs and some life in an otherwise desolate place, but the district manager for Community Board Two worries that a medical marijuana dispensary could attract drug users and thieves.

Some worry that's not enough.

Marlene Sanchez is raising three children in a neighborhood she doesn't like. "I worry this will bring in more drug users," she added.

Five different organizations were selected to manufacture and dispense the medical marijuana.

All product and pricing must be approved by the Department of Health and the licenses are good for just two years.