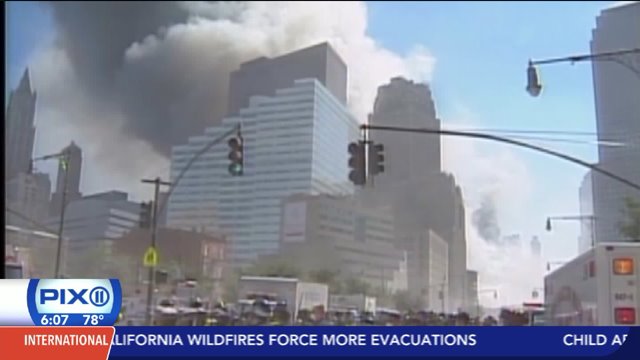 Attorneys for the Kingdom of Saudi Arabia are trying to get a judge to throw out a civil suit that is still pending, almost 14 years after terror attacks leveled the World Trade Center towers.

NEW YORK — "I don't see anybody here but you. Why is that? I don't know, I think this is the most under-reported story in America."

The story is the lawsuit that has been brought against the Kingdom of Saudi Arabia by the families of the victims of 9/11 who allege that Saudi Arabia had two of its own agents in the United States who assisted the terrorists in the attacks of 9/11. It is a case that been on-going for more than a decade.

When Sean Carter, an attorney representing the families, was asked on what mile of this marathon he was on? He quickly replied, "I hope we're getting close to 25. I would hope that at this point after 13 years of litigation, we have multiple trips to the Supreme Court, multiple appeals to the Second Circuit, so I think we all really hope that we are getting to the point where we can move forward beyond these sort of procedural immunity issues and have a chance to actually pursue these claims and the merits."

Carter presented on Thursday morning at a hearing for Saudi Arabia's motion to dismiss the claims of the 9/11 families on the basis of governmental immunity.

"It is a very significant issue," is how Carter conveyed his description of the case to PIX 11 News after presenting before Federal judge George Daniels for more than an hour in Lower Manhattan. Carter along with others expressed the challenges with this case, primarily the number of barriers they have had to overcome as well as governmental materials that remain classified, "It's an issue that is featured in a whole range of intelligence documents of the CIA, the nature of Saudi support of Al-Queda remains classified at this point, you know those materials should be released at this juncture, there is no real reason for them to remain classified this many years out."

Timothy Fleming is a Washington D.C. based attorney who secured a $6 billion dollar default judgement against Iran for its involvement in the 9/11 attacks. Coincidentally, Fleming says that Iran has yet to pay 1 cent of the $6 billion to the families of the victims. Fleming's reaction to the case as well as the Saudi Arabia case and the lack of attention? "There is so much there that hasn't been talked about and most people don't know anything about it."

One man who is talking is Charles J. Wolf, "It took money to get the job done, it took money. Where did that money come from?"

Wolf asks these questions because he wants answers for his wife, Katherine, who died on 9/11. "She was in Tower 1, the 97th floor of Tower 1, she just started a job as an executive assistant."

While Wolf says that he has only been able to move on in the last few years since the loss of his wife, every time a hearing presents itself he along with other relatives return to court. They get it, because they have lived it. This said Charles isn't upset that others are not taking notice. In fact, he's understanding because what is personal for him is not personal for others, "It's way, way, way too complicated for the public to get really passionate about it, because it hasn't hit home."

A decision whether or not to dismiss is expected in the next 60 to 90 days. The counsel for the defense says that the Kingdom of Saudi Arabia is innocent and the case is littered with allegations that are not supported by facts.