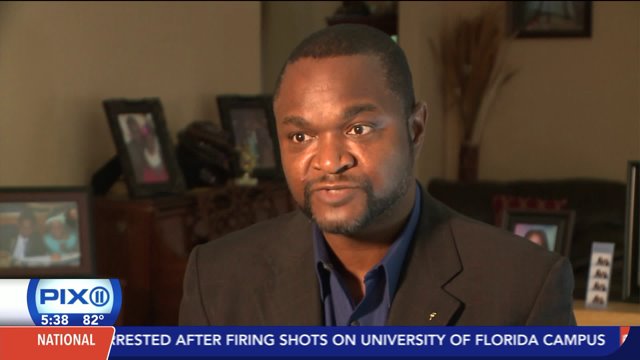 A Brooklyn guidance counselor says his boss is discriminating against him for cultural and religious reasons.

That job, however, now under threat.  Petit says claims he practices voodoo is threatening his job.

"It is an action based on discrimination, creed, culture, religion and racial background," said Petit.

According to Petit, his boss Principal Marina Viniskaya at It Takes A Village Academy in Brooklyn, first filed a complaint against him in 2012 claiming he practiced voodooism.  The complaint he says was dismissed.  But this past March, unexpectedly Petit says his office was moved down to the basement of the school building, to a room previously used as a storage closet.

As if that wasn't bad enough, just as summer vacation is wrapping up, a letter arrived in certified mail explaining his position was no longer needed.

Dark often mysterious images come to mind for many people when talking about voodoo.  Petit, however, explained the misconceptions and comparisons to witchcraft are wrong.

To be clear, Petit doesn't even practice voodooism.

Instead he said he's a man of many faiths, but calls himself a self appointed voodoo ambassador.

That's because in his free time he once hosted a local radio show geared towards Haitian Americans to discuss culture politics and religion, including voodoo and is what he believes Viniskaya takes issue with.

PIX11 was not able to reach Viniskaya for comment.

A spokesman for the NYC Department of Education, however, said they are taking the allegation very seriously and looking into the matter.

In the meantime, Petit is still employed by the DOE but has to search for another guidance counselor position at another New York City school.

The problem is, he says there are no open positions to be found.