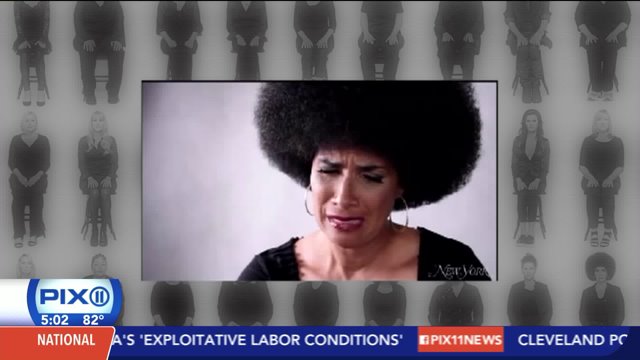 Their stories are featured in a powerful upcoming issue of New York Magazine.

NEW YORK —  “I would ask him what happened and he would claim – that I drank too much.”

“There was no one there to protect me.”

They’re the raw and emotional accounts from the women who have accused Bill Cosby of sexual assault.

Their stories are featured in a powerful upcoming issue of New York Magazine where the 35 accusers are seated with the date of their alleged assault.

“He said it’s called a Quaalude,” Joyce Emmons said, describing her alleged sexual assault in 1979. “Bet you don’t have your headache now, and he laughed as if it were a joke.”
The project titled “Cosby – The Women, An Unwelcome Sisterhood” http://www.nymag.com/thecut/2015/07/bill-cosbys-accusers-speak-out.html is six months in the making, and surfaces as allegations continue to mount against the once-beloved TV dad.

Just last week, an unsealed deposition revealed that Cosby admitted to giving Quaaludes to a slew of women in order to have sex with them.

“I don’t think there is a chance Bill Cosby makes a comeback in his lifetime,” Eriq Gardner, Senior Editor for The Hollywood Reporter which has covered the ongoing Cosby saga, told PIX11 News.

According to Gardner, the New York Magazine cover may very well be the final nail in the coffin.

“Having all these accusers get together, creating a powerful image that they’re standing together and just the sheer number of them,” he said. “It’s hard to see Bill Cosby recovering.”

Over the past few weeks, Cosby has lost plenty of support with cable networks pulling the plug on his show, celebrity friends distancing themselves and just this past weekend, Spelman
College announced they have cut ties with Cosby in wake of the unsealed deposition.

Despite all the bad, there is a silver lining, according to organizations like Safe Horizon - one of the largest agencies providing services to victims of rape and sexual assault.

“Any time we hear these stories and any time people come out and share their stories,” said Amy Edelstein, Director of Safe Horizon’s Staten Island Community Program. “It takes a certain level of courage from the part of the victim to overcome this rape culture in our society. “

A representative for Cosby said Monday, he has no comment on the magazine cover.

If you or someone you know is the victim of rape, sexual assault or incest, contact Safe Horizon at 212.227.3000 or visit their website.