Man, 19, charged with fatally stabbing father during argument in Brooklyn 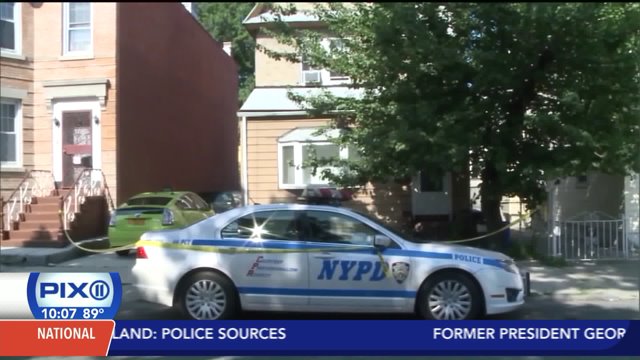 Police say a 19-year-old stabbed his father to death in their home.

KENSINGTON, Brooklyn – In this Kensington neighborhood, there is great sympathy for the 19-year-old son now charged with killing his father. Sympathy because neighbors say the father was abusing his wife and five children for years.

"My heart just breaks for that little boy, that 19-year-old," Michelle Micari told PIX11.  "He was pushed to the limit. This was awful, awful abuse."

Hassan Razzaq, 19,  is now being charged with second-degree murder and criminal possession of a weapon after police say he stabbed his 56-year-old father in the neck during an argument inside their apartment here at 644 East 3rd St. just before 10 p.m., Saturday.

The father, Mohammad, was pronounced dead inside his home.

"The kid came out and I asked what was going on and he said, 'Bobby, don't get involved," Robert Micari told PIX11. "It looked like he had a knife in his hand. I called 911. Cops came."

The Micaris live directly across the street from the Razzaq family and say for at least the last two years, they have seen and heard the father beating his wife and some of his five children, three daughters and two sons, ranging in age from 15 to 22.

Police have reportedly been called to the home at least three times in the last two years.

"I went to the father and told him the next time he beats his children and his wife I would go in and beat him and that was about two months ago," Micari added.

The Micaris say the son, Hassan, should not be facing second degree murder charges.

"He just reached a breaking point," Mrs. Micari said. "The screams were unbelievable every day. Should he be charged with murder? No. He needs help. Every child in the house needs help."

Robert Micari said he would be willing to go to the grand jury and testify about the abuse he'd seen in the family to try to help the son get a lesser charge.