Could you last 10 minutes in a hot car? 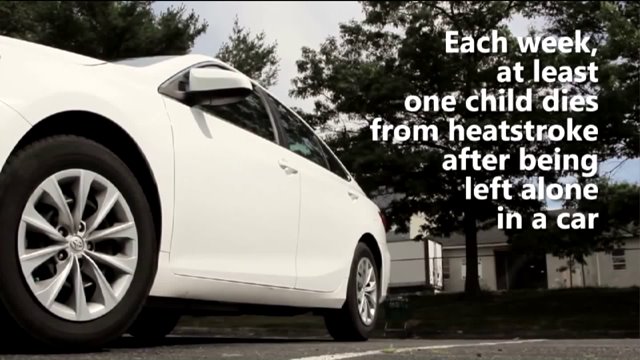 Kars4Kids recently proposed this challenge: stay in a locked car with no air conditioning for 10 minutes. Many tried, but couldn't take it. Anyone who lasted got $100.

The goal was to drive home a sobering statistic: every week, a child dies from heat stroke after being left alone in a car.

"I can imagine just being in there. I’d feel suffocated," said Sury Martinez, as she pulled down the shade on her child's stroller.

Even in comfortable weather, temperatures inside a sealed vehicle can rise to over 100 degrees. On a day like today, you'd hit 99 degrees in ten minutes, according to meteorologist Jan Null of San Francisco State University's Department of Geosciences. In an hour, the car's interior could climb as high as 125 degrees.

A Stamford, Connecticut mom allegedly left her 4-month-old infant in a car with the windows sealed twice Wednesday, while she worked out at the gym. A passerby heard the baby waling and called 911. Police charged 46-year-old Hiroko Kurihara with two counts of leaving an unattended child in a car and two counts of risking injury to a minor.

"It’s hard," responded Martinez when asked if she'd ever leave her kids in the car long enough to grab a coffee, "I know. I’ve had the feeling where I’ve had to run. But most important, your kids’ safety is number one."