Where are the statues of (real) women in Central Park? 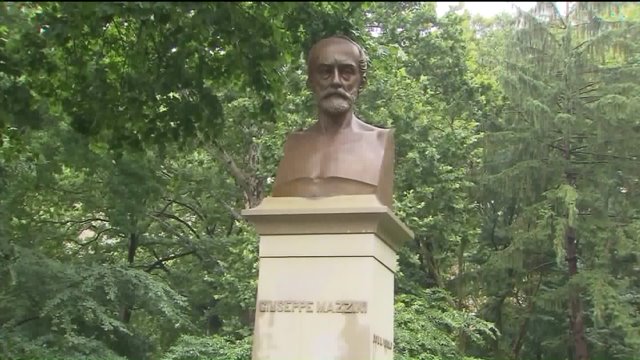 CENTRAL PARK, Manhattan — Of the 22 statues of historical figures in Central Park, all are men.

In fact of all the 800 statues in all of New York Cities Parks, less than a 100 are representative of real women.

There's Morse, Hamilton, and an Italian guy named Giuseppi Mazzini. (Not trying to take any credit away from him. He was a political activist that helped unify Italy in the 1800s.)

But the only women represented in Central Park are Mother goose, Juliet with her Romeo, of course, and Alice from "Alice in Wonderland." None obviously are real, and by the way, were conceived by male authors. Ask any of the 40 million visitors that come to Central Park a year, and no one seems to be aware of the omission.

In fact, neither did the City's Parks Commissioner Mitchell Silver. In the 60's there were proposals to erect a statue Mary Poppins, and then later of Princess Diana, but those ideas eventually fizzled out.

Now thanks to the work from a group called The Elizabeth Cady Stanton and Susan B. Anthony Statue Fund  statues of the women's suffragists will be erected by West 77th St. and Central Park West.

The group hopes to do a grand unveiling of the statues by September 2017 which will also honor the names of other notable women.

For the installation to move forward, the department requires a $400,000 to $1 million endowment to cover construction, installation and upkeep.