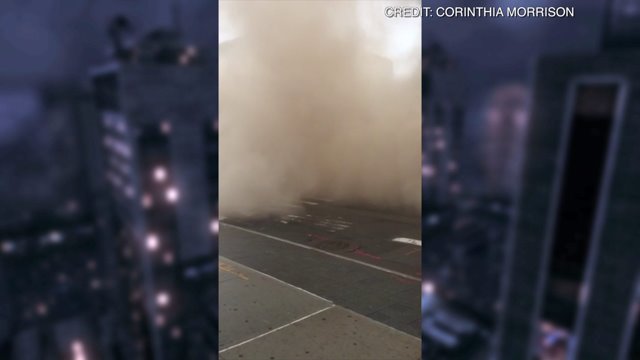 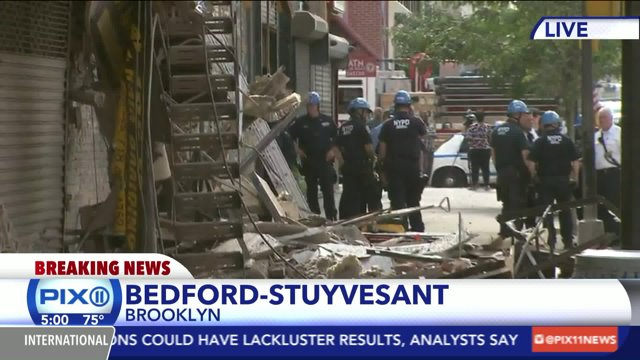 BEDFORD-STUYVESANT, Brooklyn — Firefighters and other emergency responders rushed to the pile of rubble left after a building in Brooklyn Tuesday afternoon, injuring three people.

A four-story building at 1438 Fulton Street in Bedford-Stuyvesant completely fell in on itself around 2:30 p.m.

No one was inside when the building pancaked.

Adjoining buildings at 1440, 1442 and 1444 Fulton Street are being evacuated as the FDNY and Department of Buildings evaluate their stability.

The building at 1438 was the subject of multiple past complaints citing falling bricks and an apparently unstable facade, according to the Department of Buildings.

The A and C subway lines experienced delays because of the collapse.