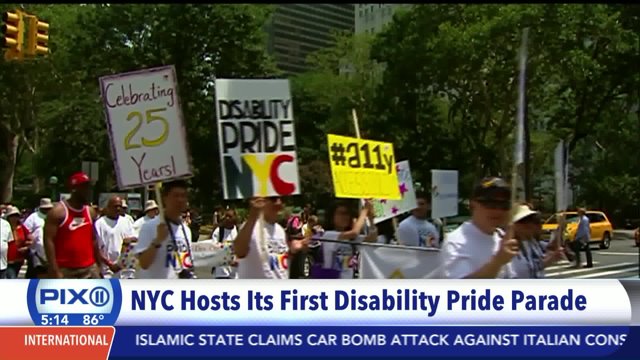 Mayor Bill de Blasio spoke Sunday to kick off the inaugural NYC Disability Pride Parade. He said he was proud of the city being a national leader in supporting rights for disabled people.

July is designated as "Disability Pride Month" in honor of the 25th anniversary of the Americans with Disabilities Act that aims to guarantee equal opportunities and rights for people with disabilities.

The city has planned a monthlong series of events relating to New Yorkers with disabilities. That includes an exhibit at the Brooklyn Historical Society titled "Gaining Access: The New York City Disability Rights Movement."