How to fix gender pay inequality in sports 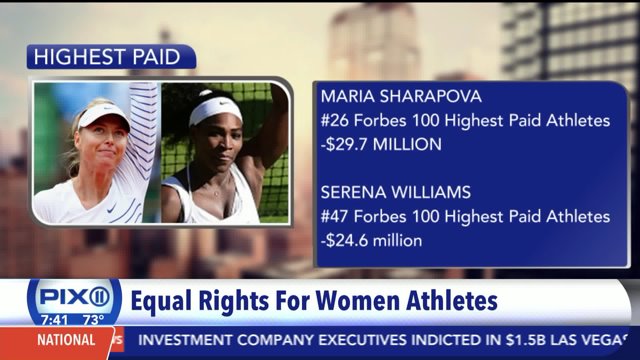 Later on Friday morning, New York City will be honoring the U.S. Women's Soccer team after defeating Japan in the Women's World Cup Tournament game. This would be the first time in more than 30 years that female athletes will be honored. The last were the members of the 1984 USA Olympic team. For winning the tournament the team will be receiving $2 million while the German men's team took more than $35 million last year for their win.

Women athletes have long been breaking records and boundaries but yet still there isn't a level playing field amongst their male counterparts in pay and attention.   Sports psychologist Leah Lagos and Kate Delaney, author and former WFAN commentator and founder of sportsprincessspeaks.com, discuss the apparent inequality between male and female athletes.