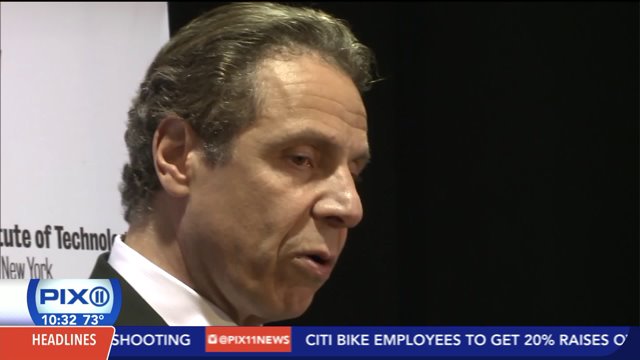 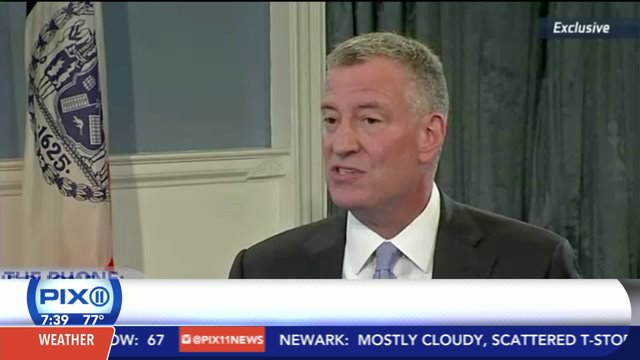 Thursday de Blasio responded, “I appreciate Senator D’Amato’s offer. Personally, I am trying to lose weight, so I’m staying away from pasta.”

Asked to name a single achievement by Bill de Blasio as mayor, Governor Cuomo politely declined during an interview on the PIX11 Morning News Thursday.

After de Blasio publicly blasted him following the last legislative session, both constituents and the media have been monitoring what appears to be a growing, uncomfortable rift between the two.

For someone wanting to mend a relationship, that would have been a great opportunity to toss the mayor a complement on something, anything.

Cuomo, however, sidestepped the question, saying, “You know that’s not for me to comment, we get elected, we run in elections, you know, and people decide if they want to rehire us or not . . . so it’s up to them.”

“My father was governor, Ed Koch was mayor, two people with more divergent styles you could not find,” Cuomo said. “My father believed in dignity in office, in a comportment, he was never personal or vitriolic.”

de Blasio publicly accused the governor of essentially sabotaging his proposals for New York City at last week’s legislative session in Albany, saying that Cuomo had disappointed him “at every turn” and the governor maintains a “vendetta” against anyone who goes against him.
Cuomo responded, saying the mayor was “obviously frustrated” and suggested that he learn how to compromise. He also criticized de Blasio for airing his frustrations publicly.

On Thursday, Cuomo celebrated the same legislative session that left de Blasio fuming, saying, “There was more money for education than ever before, more money for affordable housing . . . we did a great rent-reform bill. I am a governor who represents New York City as well as the rest of the state, so New York City’s going to do great.”

Who, exactly, is ensuring that the city will “do great,” Cuomo refused to specify, saying only “I’m not going to engage in any back-and-forth, any name calling. I’m not going to go there.”

Krishnan pushed the governor once more about his relationship with the mayor, saying, “Listen I grew up in an Italian neighborhood, can we have, like, a Sunday dinner and I can put you two together and we can have a conversation?”