Pregnant woman shot in face and stomach in the Bronx 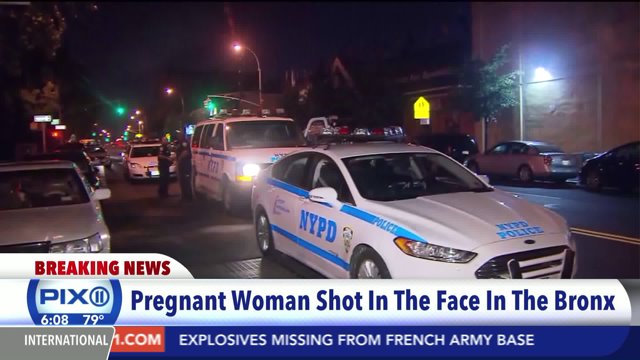 CLAREMONT, Bronx — A pregnant woman has been upgraded to condition after she was shot twice early Wednesday in the Bronx, according to police.

The woman, 20, accompanied her friend to pick up some bags from the friend's home.

When the two arrived, the friend began arguing with her mother. The friend's stepfather then allegedly grabbed a gun and began shooting, hitting the pregnant woman twice.

The gun believed to be used in the shooting was found in a hollowed out book (pictured below), police said.

Cop holding onto firearm used to shoot pregnant woman in the face this morning in Bronx domestic dispute. #PIX11News pic.twitter.com/eJ9EuA62A1

Both the mother and the baby are in stable condition.

The Bronx District Attorney says Arthur Meredith was arrested for the shooting. He has not been arraigned yet.

Anthony DiLorenzo and Nicole Johnson contributed to this story