Cuomo to appoint special prosecutor to investigate killings by police 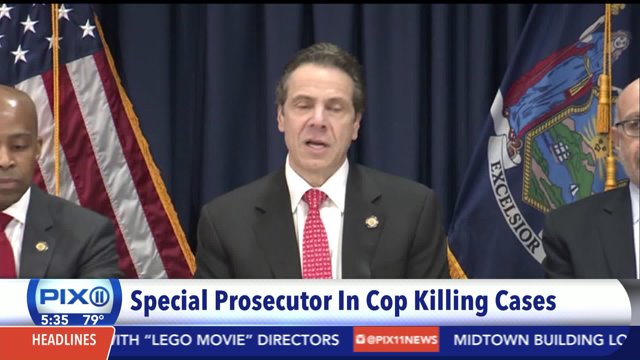 Cuomo met Tuesday with several relatives of several New Yorkers killed by law enforcement officers including Gwen Carr, the mother of Eric Garner. He told reporters earlier in the day that he will soon sign the executive order, which would appoint a special prosecutor through the attorney general's office to handle cases in which civilians are killed by police in suspicious circumstances.

The move comes after officers weren't criminally charged last year in deadly encounters with unarmed men in New York and elsewhere. Critics question whether local prosecutors can properly prosecute such cases because of their ties to police.

Cuomo says public confidence in law enforcement must be restored.