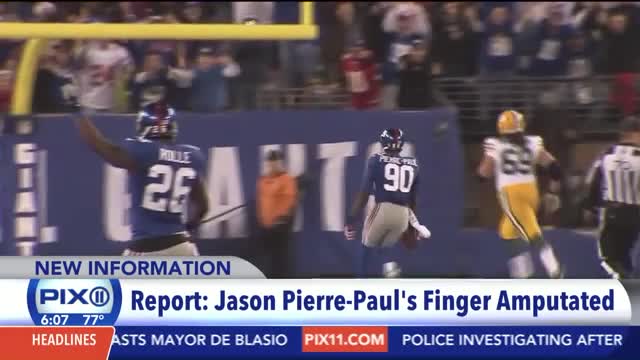 According to NJ.com, the Giants were unaware of the amputation until seeing the photo of the medical records going viral on social media, violating HIPAA laws.

Pierre-Paul injured his thumb and a few fingers on July 4 while lighting fireworks. The 26-year-old had severe burns and possible nerve damage.

NJ.com reports that Pierre-Paul opted for the surgery and that keeping the damaged finger would have complicated the healing process.

The defensive end is not currently under contract with the Giants and has yet to sign his one-year franchise tender. ESPN reports the deadline for franchised players to agree to long-term contracts is July 15. The Giants have the option to rescind the tender and have him return for $14.8 million this season.

NJ. com reported the injury will not be career-ending and he could be back on the field by this year.