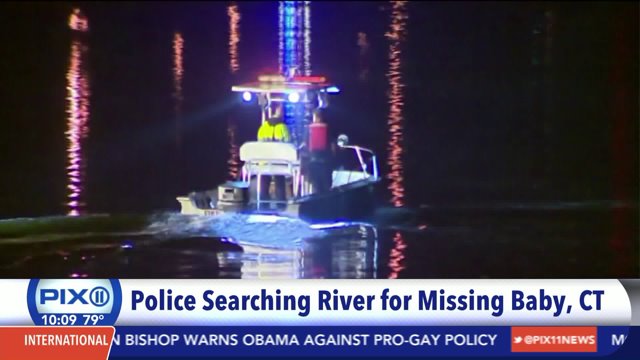 Tony Moreno, 21, has been charged with murder after he confessed to throwing his young son from a Connecticut bridge. (Middletown Police Dept.)

MIDDLETOWN, Connecticut – The father of a 7-month-old boy who was found dead in the Connecticut River has been charged with murder, according to police.

Moreno was found unresponsive floating in the water below, and was rescued by the Middletown Fire Department Marine Unit.  He was taken to Hartford Hospital where he regained consciousness and later told police what happened.

"At this time, I would like to have a moment of silence in memory of Aaden Moreno," Lieutenant Heather Desmond wrote in bold at the top of a press release announcing the charges.

Aaden Moreno, 7 months old, was found dead in the Connecticut River after his father jumped from a bridge in Middletown, Conn., on July 6, 2015. (Photo: FOX CT)

Aaden Moreno's body was recovered Tuesday evening almost a mile north of the East Haddam bridge by a person in a canoe.  The boy's family was contacted, and relatives made a positive identification.

Moreno is being held on a $2 million bond.  He was also arrested on a second outstanding warrant in connection with two counts of criminal violation of a restraining order.