Citi Bike is missing out on female riders 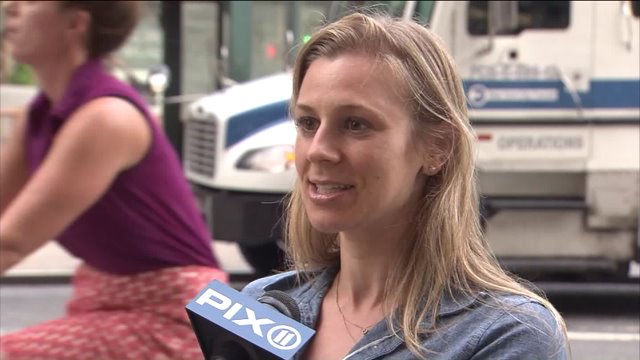 NEW YORK -- As Citi Bike becomes more and more popular, the bike sharing service is still missing out on a large part of the city's population.

According to a new NYU study from the Rudin Center for Transportation, male riders far outnumber female ones.

When New Yorker Lilach Feldman heard about that, she decided to start riding. "It did encourage me to sign up and give it a shot," she said.

The study found 77.7 percent of riders are men. And the number goes up when it's cold out.

"I am not surprised because women are more risk averse than men and biking around the city is a pretty risky thing," Manhattan resident Alex Driansky said.

Last month Citi Bike released 1,000 new bikes that are slimmer and lighter, possibly making it easier for some women to ride.

And according to the NYU report, Citi Bike's eventual expansion in the outer boroughs could attract more women.

The docking stations that get the most female riders are ones near bike lanes and streets with less traffic.