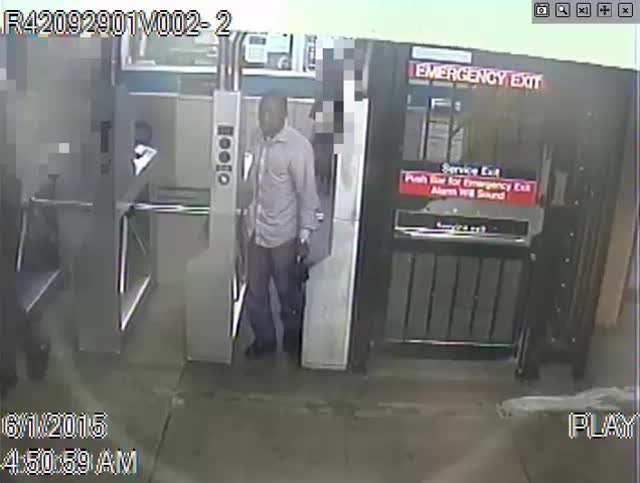 It's a legendary crime of the past, a sleeping subway rider awakes to find his pocket sliced open and wallet gone. Although increasingly rare, police say a pickpocket is once again on the loose.

FLUSHING, Queens - It's the stuff of New York City subway crime lore -- a straphanger dozes off after a late night at the bars, and wakes up with newly-ventilated jeans and no wallet.

Now police are looking for a man they believe is using the old methods -- trolling the subways with a razor, slickly extracting the contents of sleeping subway riders' pockets.

Police say on May 31 the pickpocket spotted his victim, a 28-year-old man who had passed out on a southbound 7 train around 5:00 a.m. on , and surgically-removed the man's wallet.  By the time the man awoke, the suspect was long-gone.

The NYPD refers to such old-school subway thieves as "lush workers," persistent, old-school pickpockets who appear to be growing old with no one to take their place.

"You don't find young picks anymore," NYPD Transit Bureau Detective Nelson Dones told the New York Daily News.  "It's going to die out."  Most of the remaining pickpockets are now in their 40s and 50s, according to transit detectives.

At least one lush worker is still sizing up sleeping subway riders, however, and police are asking anyone who recognizes him to call the anonymous police tip line Crime Stoppers at 800-577-TIPS (8477).