Man, 21, holding baby daughter, is shot to death in Parkchester, the Bronx 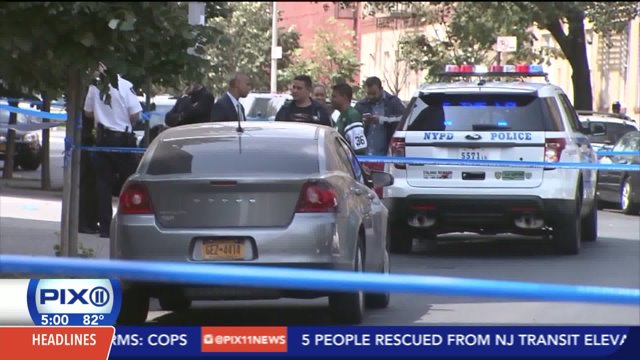 PARKCHESTER, the Bronx — A 21-year-old man was shot and killed while holding his baby daughter on a Bronx street, according to several witnesses.

Police, responding to a 911 call at 1:19 p.m.,  said the man was shot in the head outside 1531 Taylor Ave.  The victim was rushed to Jacobi Medical Center, where he was pronounced dead. The child, who is about a year old,  was not hurt.  The father was walking his daughter to the playground across the street when the shooting happened.

"It's the worst part of this situation, you understand," said a witness, speaking of the little girl, who must now grow up without a dad.

Police said nobody has been arrested, but the suspect got away in a black Mercedes Benz, police said. The identity of the victim has not been released pending family notification.

As a precaution,  a brief shelter-in-place was instituted at Louise Archer Elementary School, which is near the shooting scene.