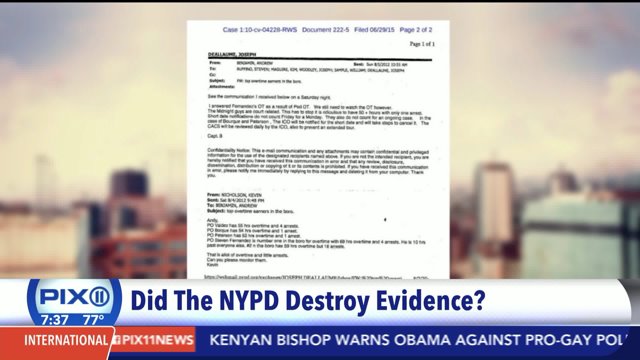 Did NYPD destroy evidence of arrest quotas during Ray Kelly`s regime? We had an attorney look into possible repercussions.

Reports were released Monday of documents filled in a Manhattan federal court accusing NYPD brass of issuing 850,000 unnecessary summonses in the last 8 years to meet department quotas, under former commissioner Raymond Kelly. What is even more troubling is that evidence pointing to this corruption has been allegedly destroyed. Text messages and emails released show several higher ups scolding officers for certain numbers not being high enough.