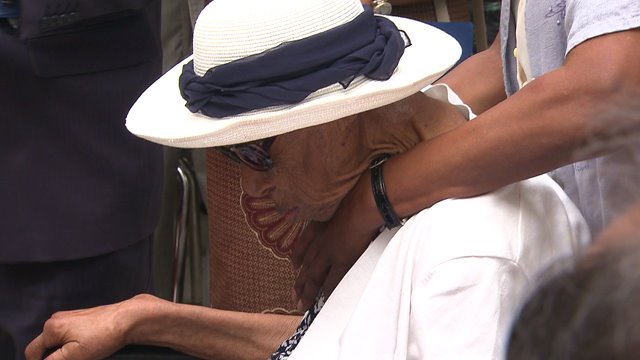 EAST NEW YORK, Brooklyn — Susannah Mushatt Jones was born two centuries ago —  in 1899 — and now 116 years later,  she is celebrating her birthday as the oldest person in the world.

“You know what she does, she eats bacon,” Jones’ Goddaughter Valerie Price told PIX11 News in 2013, when Jones was celebrating her 114th birthday. In fact, Jones says that she eats four pieces of bacon for breakfast a day and that's what keeping her going.

To put everything in perspective, Jones has lived through two World Wars, 22 U.S. presidents, the Great Depression, the Cold War, the birth of the telephone, radio, TV and internet, the Civil Rights Movement, and every Super Bowl and World Series ever played.

Jones, who lives at a senior center in East New York,  is planning a birthday celebration surrounded by family and friends.