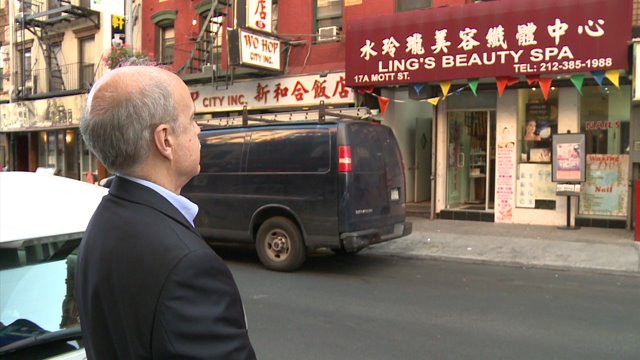 And despite what pop culture insists it wasn’t exclusive to Italian Americans.

In “Gangland New York” crime writer Tony Destefano takes us on a tour to New York’s underworld, bringing us to the places where mobsters “lived, worked, ate, played and died.”

“There are a lot of things that have happened in this city not only when we were alive but further back for a 150 years,” Destefano told PIX11 News. “A lot of the old locations are changing and being torn down, so I figured this was the best way to do it.”

One of those infamous locations he revisits in his book is where criminal mischief met filth nearly two centuries ago – better known as Five Points which today is the intersection of Worth and Baxter streets in Lower Manhattan.

“This used to be the main sort of slum, helter skelter area of the city where a lot of people were sort of mashed together in terrible living conditions,” he said adding that Martin Scorcese recreated and featured the location in his film “Gangs of New York.”

To uncover more of these hidden gems, pick up Destefano’s ‘Gangland New York’ in stores now.