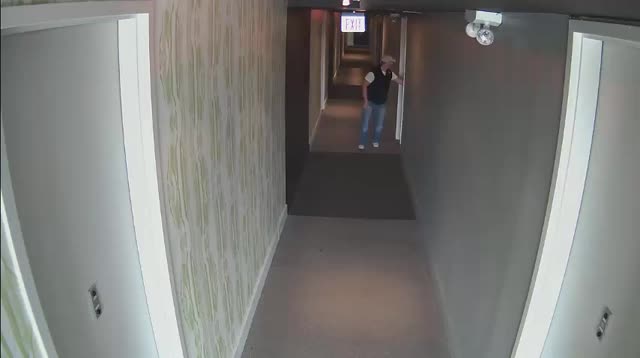 Police are searching for two men they say pepper sprayed a man before trying to rob his apartment.

BUSHWICK, Brooklyn — Police are looking for two suspects they say pepper sprayed a man before trying to rob his apartment in Brooklyn.

According to police, the two suspects knocked on the man's door in Bushwick just before noon on June 30.

Police are searching for these two men in connection to an attempted robbery. (DCPI)

The suspects are seen on crisp surveillance video in the hallway before knocking on the door.

Once the victim, 39, opened the door, the men allegedly pepper sprayed him before entering the apartment and assaulting him. The suspects made off empty handed once they realized other people were in the apartment.

Anyone with information is asked to call the Crime Stoppers hotline at 1-800-577-TIPS. People can also submit their tips by logging onto the Crime Stoppers website or sending a text message to CRIMES (274637) and then enter TIP577.

All calls will remain anonymous.