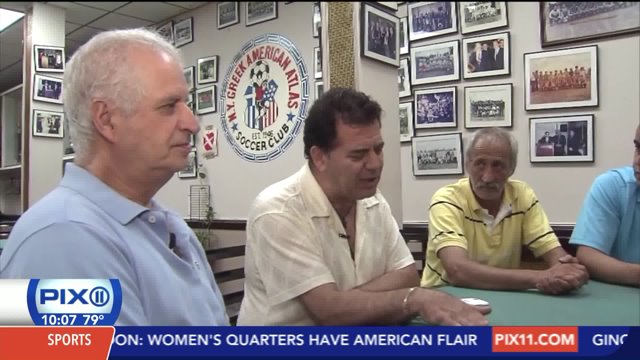 Greece faces bankruptcy as no country moves in to bail them out, so what happens next?

ASTORIA, Queens — As America celebrated its independence, Greeks living in civilization’s “original democracy” spoke out loud and clear with a resounding “No”.

That is a rejection of the latest bailout offer from Greece’s creditors.

For Greek immigrants who now call America home, this crisis in their homeland is intensely personal…laced with a profound combination of history, and national pride.

So we thought, what better way to explore this debate than with two informed residents of the Greek American Atlas Soccer Club in Astoria Queens.

Mike Miesis initially took the hard line, while Manny Cavolas, echoed the prevailing sentiment expressed in the most recent vote.

Manny added, “they money that they lent to Greeks, they lent so much money, so they cannot repay the money. And they can come into our place, our land, and take pennies on the dollar. It’s unconstitutional. It’s unfair.”

While government officials hammer out policy, and political spinsters tell you what’s going to happen to the Greek economy, we asked these two men what they're hearing from relatives who are suffering through a very personal crisis.

“First time I saw homeless in my life was in New York. And I saw again in Greece - the last six years. What does that tell me? I’m talking to you right now and the hair goes out man,” said Cavolas.

“So many houses has no light. The kids go to the house, they have no lights to learn. I no (sic) want my kids to go to Greece to see… what happening,” said Miesis.