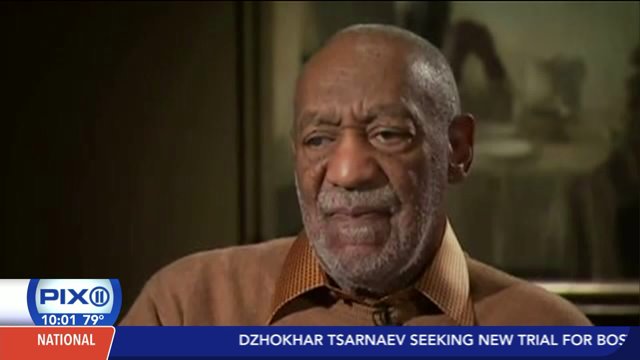 Documents dating back to 2005 say that Cosby admitted under oath that he gave a type of sedative to young women to have sex with them.

Bill Cosby admitted under oath that he got a sort of sedative for the purpose of giving the drug to young women with whom he wanted to have sex, newly released documents show.

The documents date back to 2005, and they stem from a lawsuit filed by one of the many women who have publicly accused the comedian of sexual assault. The records were made public Monday after The Associated Press went to court to compel their release.

According to the documents, Cosby was asked by attorney Dolores Troiani: "When you got the quaaludes, was it in your mind that you were going to use these quaaludes for young women that you wanted to have sex with?"

The attorney then asked: "Did you ever give any of those young women the quaaludes without their knowledge?" At that point, Cosby's lawyer objected, stopping his client from answering.

Cosby then clarified an earlier remark saying that he had misunderstood.

He'd said he gave quaaludes to other people, and he later said: "I misunderstood. Woman ... not women."

Cosby, 77, has never been criminally charged and has vehemently denied wrongdoing. Efforts to contact his attorney for comment on the latest allegations were unsuccessful Monday.

Cosby had fought the release of the documents, arguing it would violate his and others' privacy and be a source of embarrassment.

More than 25 women have alleged that Cosby assaulted them over the past 40 years. Most of the allegations have passed statutes of limitations, preventing criminal legal action.