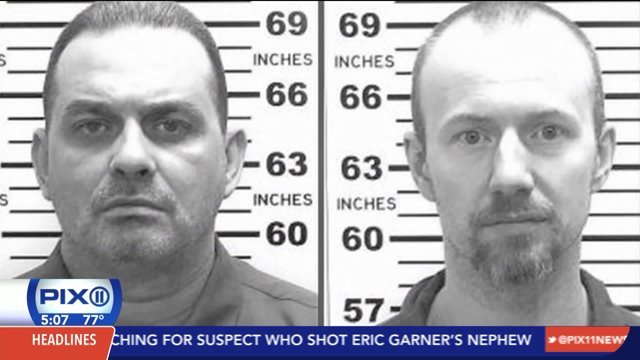 Officers caught up to the convict near Lake Titus after finding evidence in a nearby cabin. David Sweat is still on the run but it`s believed they were travelling together. 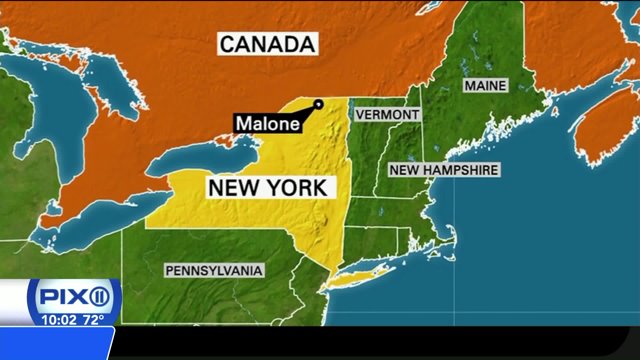 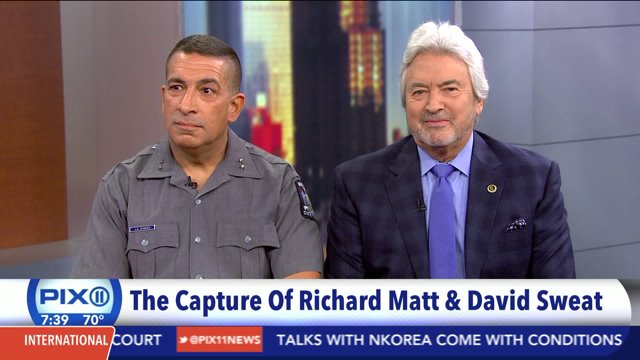 ALBANY —  David Sweat, the ‘mastermind’ behind the NY prison escape will be returned to a New York maximum-security prison after being captured by police.

Sweat notoriously escaped from the Clinton Correctional Facility in Dannemora with Richard Matt on June 6th. He was initially incarcerated for fatally shooting Broome County Sheriff’s Deputy Kevin Tarsia more than a dozen times and run over. Tarsia was pursuing Sweat for an attempted robbery.

Prison guards discovered they were missing during a routine bed check, kicking off a three week manhunt for the escaped killers.

In an interview with PIX11 News, New York State Police Superintendent Joseph D’Amico said it was “like trying to chase a ghost.”

After extensive efforts, police captured Sweat after 23 days of searching. Sgt. Jay Cook spotted sweat walking down a roadway and a chase began.

Sweat was shot twice by Cook as he tried to escape. He was taken to Alice Hyde Medical Center in Malone, where he is in stable condition.

Richard Matt was shot and killed Friday by police after a stand-off just 16 miles from where they found Sweat.

Police encountered Matt, who did not fire at officers but  when he refused to comply with their verbal orders was shot pronounced dead at the scene.

Sweat was released from a medical center in  Albany and is now back behind bars at a maximum-security prison in Romulus, New York.

He will remain in the infirmary during the initial 24-hour period for a medical evaluation, and will be placed on active suicide watch.

After his initial capture, Governor Cuomo said  “The nightmare is finally over” while the Bureau of Alcohol, Tobacco, Firearms sent out a tweet saying that New Yorkers could finally "sleep peacefully."