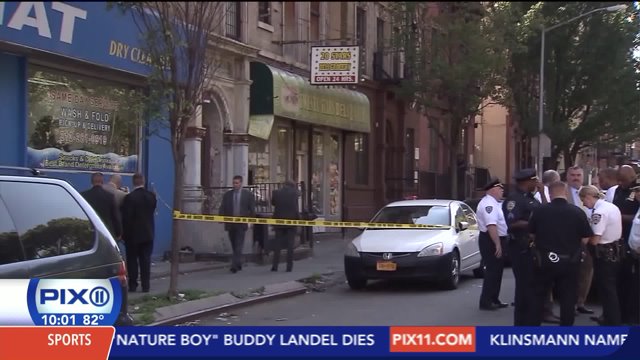 Police are looking for a suspect they say opened fire in the middle of a Harlem deli.

HARLEM - Four people were wounded after a barrage of gunfire in Harlem Wednesday afternoon.

The shootings occurred near the intersection of Madison Avenue and East 132nd Street.  Two people were shot in front of 20 Stars deli, and at least two others were struck by bullets in the courtyard of the Lincoln Houses.

"My kids just graduated and look, I come to this," said local resident Elizabeth Rodriguez who was returning home after attending her students' graduation.  "This is so sad, I'm sad to hear this but it goes on all the time."

All four victims were rushed to Harlem Hospital.  Three are expected to survive and one is in critical condition.

Police have not made any arrests.