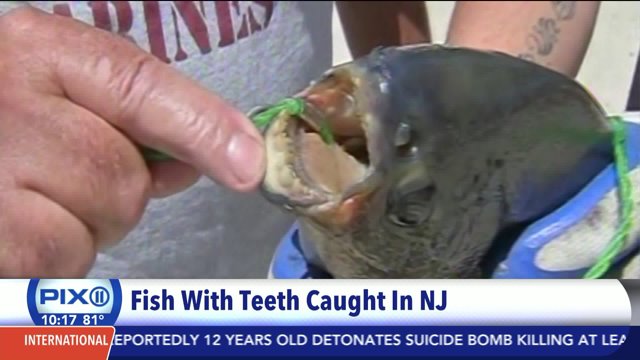 The fish is raising some eyebrows among fishermen.

The fish is a South American pacu and it was found swimming in Swedes Lake in southern Jersey.

It's related to Piranhas, but their teeth aren't sharp. It reportedly uses its teeth to bite the testicles of fishermen and swimmers.

Wildlife officials say someone likely bought it as a pet, but decided to release it in the pond.