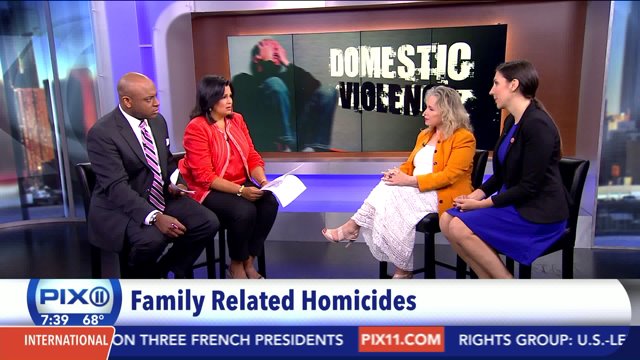 In recent months there have been a string of murder-suicides or family-related homicides across the country. Most recently, former Major League Baseball player Darryl Hamilton was killed in a murder-suicide by his ex-girlfriend and Russell Smith, husband and father of two from Utah,  who shot and killed himself and his family on Father's Day. In 2013, there were 62 family-related homicides, accounting for almost 1 out of every 5 homicides in New York City, according to the most recent city report on domestic violence.

As the summer heats up, more these cases could arise, but what could be the signs that your spouse or partner could be having suicidal or homicidal thoughts? Psychologist Dr. Freida Birnbaum and Rachel Goldsmith of VP, domestic violence shelters at Safe Horizon discuss the matter at hand.