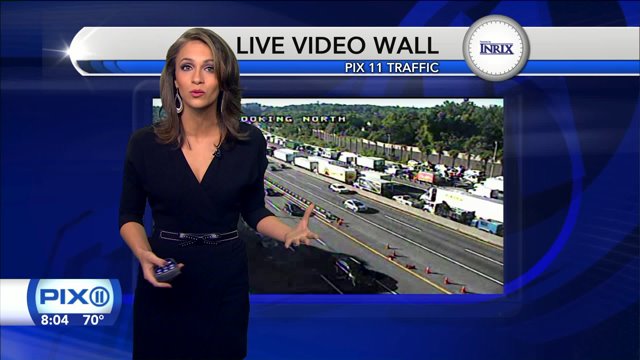 It was all due to a crash on the upper level that sent fuel spilling into nearly all inbound lanes on the upper half of the span, aerial footage of the scene showed.

The lower inbound lanes were experiencing delays of at least 15 minutes, according to the Port Authority of New York & New Jersey.

Drivers were advised to take the lower level or Lincoln Tunnel to get around the jam, PIX11 News traffic anchor Kaitlin Monte said.

#BreakingNews at the GWB as delays stack up from an accident with fuel spill #nyctraffic pic.twitter.com/dY4rGnqYtY